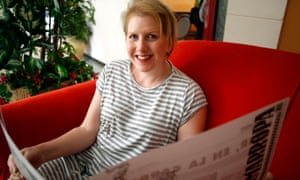 Brit Clare Mackintosh has won the crime novel of the year award in the UK beating J.K. Rowling’s “Career of Evil”  to win the Theakston Old Peculiar crime novel of the year award.  Mackintosh is a former police officer whose novel “I Let You Go” centers around a woman who moves to Wales after her child dies in a hit-and-run accident.   Now in its 12th year, the Theakston award is considered the most prestigious award for crime fiction and thrillers in the UK. Former winners include Val McDermid, Ruth Rendell, Colin Dexter and P.D. James. Rowling was short-listed to win.

1 thought on “UK’s Crime Novel of the Year”