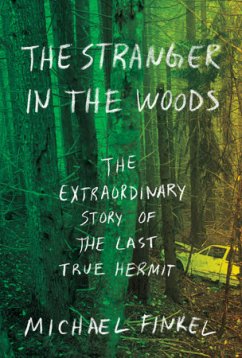 Just hitting the New York Times Best Sellers list is The Stranger in the Woods: The Extraordinary Story of the Last True Hermit by Michael Finkel. This quick read tells the story of Christopher Knight who in 1986, at the age of 21, left his home and disappeared into the woods of Maine. Knight spent 27 years in solitude, and with one or two exceptions, did not interact with another human being until his arrest in 2013 for stealing food from the cafeteria of a nearby camp. In just 200 absorbing pages, the author provides insight into Knight’s mindset and motivations for retreating from society, and the effect his stay in the forest had on him, his family, and those living in the cabins he broke into, time and time again, to obtain the supplies he needed to survive. I can’t see myself going off to live in the woods or willingly facing the many dangers of living outdoors (almost thirty Maine winters…no, thank you!). However, Knight’s story has me convinced that there is an appeal to, and benefit of, regularly spending at the very least a few hours, if not days, alone and unplugged, allowing oneself time to let the mind wander.

View all posts by Anya Berg