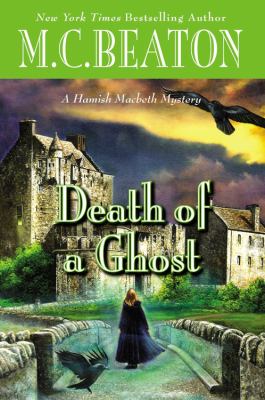 The latest in M.C. Beaton’s Hamish Macbeth series finds the police sergeant and his sidekick, Constable Charlie Carter, investigating reports of a ghost haunting the home of the retired police superintendent Hanover Ebrington. But a harmless prank becomes sinister after the duo stumbles upon a dead body in the underground tunnels of the house; a body which mysteriously disappears shortly after it is found.  A teenage gang of  black market smugglers is accused by the department detectives, but Hamish is not buying the easy answer, especially after another dead body turns up. Adultery, murder and drug smuggling further complicate Hamish’s search for the murderer, and takes the reader on a colorful journey through the wilds of northern Scotland. Recommended for fans of Beaton’s murder and mayhem.