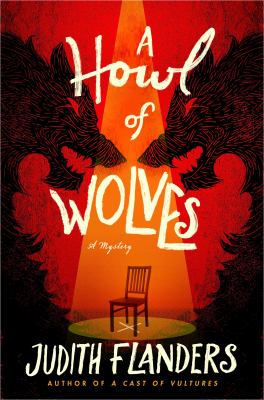 Samantha Clair, book editor extraordinaire, is at a play in which her next door neighbor Kay has a part, when the play ends on a horrible note. The dummy displayed on a hook as the murder victim in the last scene turns out to be a dead human body. So Sam finds herself smack dab in the middle of trying to figure out the identity of the killer. Her boyfriend Jake is a detective in the London Criminal Investigation Department, so she has friends in high places. Judith Flanders has produced another quick witted, fast moving mystery that does not disappoint her fans, of which I am one. This is only her fourth book, but it is a great read, without much gore, despite the opening scene.