Most famous for her Louise Rick series, Blaedel has a new mystery series focusing on Ilke Jensen. Danish author Blaedel begins the story in Copenhagen and quickly moves to the U.S. and a Wisconsin setting. Ilke doesn’t know much about her father. He walked out on her and her mother when she was young and moved to the U.S..  The recent news that he has died prompts Ilke to visit the States and see if she can learn about the mysterious man and why he left.  Once in Wisconsin, Ilke temporarily takes over her father’s business- a funeral home.  She is trying to save the failing business and wondering if she could perhaps create a life for herself in the U.S..  ‘The Undertaker’s Daughter’ begins the development of the main character and involves the workings of the funeral business and dead bodies- both from natural causes and not. 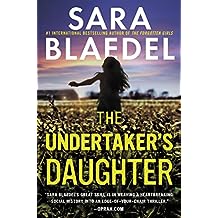