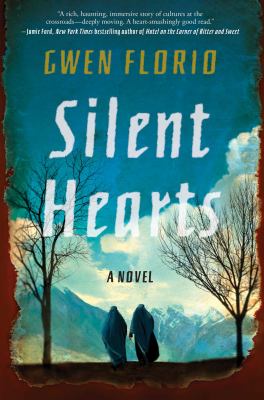 Farida Basra is living in Islamabad, Pakistan in 2001 with her family. She is employed as an interpreter and is proud of her work as a single woman and the sense of freedom it provides. Her father, however, arranges for her to marry someone outside their circle of acquaintances, an illiterate son of an Afghan strongman, since Farida has rejected all the former choices. She must then move with her husband Gul’s family to Kabul, Afghanistan, a long way from her home and family.

Liz Stoellner leaves her job as a university researcher to follow her professor husband to Kabul, where they take jobs at an American not for profit designed to help the Afghani women transition into post Taliban rule. Her life becomes intertwined with Farida’s as they become colleagues. Liz’s husband, however, doesn’t seem to value her reports on the women of the area and their problems. The reader discovers that there is more to him than meets the eye.

Gwen Florio paints a vivid picture of post 9/11 Afghanistan and a fictional window into the lives of Afghani men and women in her novel. The author has previously reported from several conflict zones, including Afghanistan, Iraq and Somalia and is now a city editor for a Montana newspaper, so I would tend to trust her descriptions. I would recommend this novel for anyone wishing to get a glimpse into Afghani and Pakistani culture.