Lane Moore’s book of essays How to Be Alone: If You Want To, and Even if You Don’t is a humorous collection that I found to be about a universally connecting topic: loneliness. Moore hosted her iconic show Tinder Live and a former writer for The Onion and is an award-winning sex and relationships editor for Cosmopolitan. But her story has had its obstacles, including being her own parent, living in her car as a teenager, and moving to New York City to pursue her dreams. Through it all, she looked to movies, TV, and music as the family and support systems she never had.

From spending the holidays alone to having better “stranger luck” than with those closest to her to feeling like the last hopeless romantic on earth, Lane reveals her powerful and entertaining journey in all its candor, anxiety, and ultimate acceptance—with humor always her bolstering force and greatest gift.

Despite the title, this book was a great reminder that you truly aren’t the only person who for one reason or another is “alone” – and it doesn’t have to be a bad thing if you are!

Maybe You Should Talk to Someone: A Therapist, HER Therapist, and Our Lives Revealed by Lori Gottlieb

At #5 on the NY Times non-fiction best seller list this week is Lori Gottlieb’s new book that allows readers a secret look into the other view from the couch.  Gottlieb is a therapist who shares her analysis about several patients she has seen over the years (names changed, of course) and how she has tried to help them reach their goals and ‘get better.’  While this rarely seen viewpoint was interesting, I found her own therapy more educational and revealing. The book highlights her patients John, Charlotte, and Julie and takes the reader through their initial meeting as her patient until they terminate their time with her as therapist.  Gottlieb’s own meetings with a therapist I found more fascinating.  She initially seeks help when her engagement falls apart and she is stuck grieving her departed boyfriend.  Most helpful to me was an inside understanding that even a therapist cries, needs help through difficult times and questions their own decisions and actions.  I found myself wishing to know more about how Gottlieb’s life progressed after the boyfriend left.  Helpful for those who believe in talk therapy and perhaps even for those who do not.

Angie Thomas (author of The Hate U Give) has a new YA book out called On The Come Up that takes place in the same neighborhood as THUG.

The story follows Bri, a teenager living in the Gardens with her mother and older brother who is trying to become the next big rap star like her idols Cardi B and Nicki Minaj. As the daughter of an underground rap legend who died before he hit big, Bri’s got big shoes to fill. But now that her mom has unexpectedly lost her job, food banks and shutoff notices are as much a part of Bri’s life as beats and rhymes. With bills piling up and homelessness staring her family down, Bri no longer just wants to make it—she has to make it.

Just like in THUG, Thomas takes on the very real issues of poverty, police brutality, and racial stereotypes while maintaining extremely likable characters. I enjoyed this one just as much as THUG and as a bonus there are some awesome raps in there!

I found an interesting article about the importance of reading to your young child in a recent edition of Publishers Weekly. It’s a great reminder for parents… 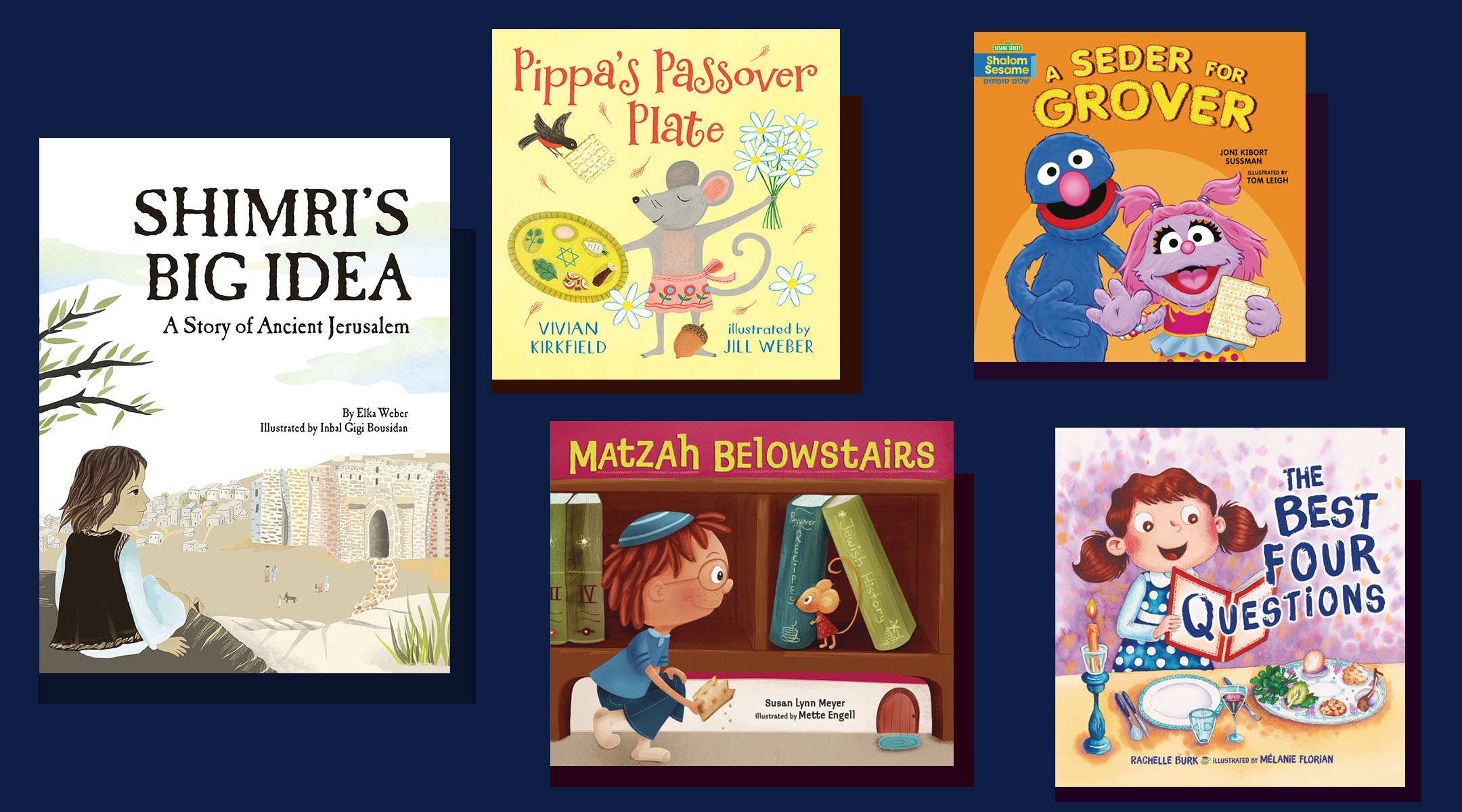 A Seder for Grover, Pippa’s Passover Plate, The Best Four Questions, Matzah Belowstairs, and Shimri’s Big Idea: A Story of Ancient Jerusalem. Recommended for ages 1-4, share these colorful stories this season to celebrate the spring holiday with the little ones in your life. Grover from Sesame stars in “A Seder for Grover.” Miriam Mouse and family stars in “Matzah Belowstairs.” Marcy in “The Best Four Questions” is excited to ask the four questions for the first time at this year’s family seder. Pippa mouse in “Pippa’s Passover Plate” explains some of the Passover rituals in rhyme. Ancient Jerusalem is the setting of “Shimri’s Big Idea” when young Shimri is put off by his elders who tell him he is too young to help his people. Enjoy!