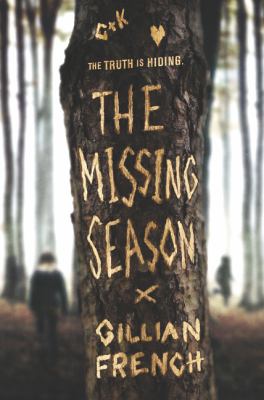 The Missing Season is Gillian French’s third YA novel that she has written (and I’ve read them all!). She is great at writing mystery/thrillers with likable characters. She mixes danger with fun and beautiful language.

This newest one is about Clara, who moves to a on-the-downturn town called Pender. With the closing of the paper mill, Pender is a town in despair. But Pender also has another dark side that existed before the closing of the mill – the legend of the Mumbler. Whenever another kid goes missing in October, the Pender kids know what is really behind it: the horrific monster out in the marshes they have named the Mumbler.

That’s what Clara’s new crew tells her when she moves to town: Bree and Sage, who take her under their wing; spirited Trace, who has taken the lead on this year’s Halloween prank war; and magnetic Kincaid, whose devil-may-care attitude and air of mystery are impossible for Clara to resist. Clara doesn’t actually believe in the Mumbler. But as Halloween gets closer and tensions build in the town, it’s hard to shake the feeling that there really is something dark and dangerous in Pender, lurking in the shadows, waiting to bring the stories to life.

This story kept me on the edge of my seat the entire time. My one gripe? When we finally get to the real story of the infamous Mumbler, the story is wrapped up in SIX PAGES. An entire book of build-up with….six pages?

In any case, it is worth a read – its juicy!