Kubica’s latest domestic thriller is set on an island in Maine.  Sadie and will move to the island from Chicago with their two sons after inheriting the house from Will’s sister who recently died (from suicide?)  Vague references to getting a fresh start in a new location hints at suspicious events in the past.  Sadie is a doctor and Will a college professor. Teenage Imogene is Will’s niece who was left an orphan after the death of her mother, Surly, defiant, and rebellious, Sadie isn’t sure how to approach her husband’s niece and she tries to fit into the close-knit Maine community.  Her not-so-friendly neighbors add to the eerie atmosphere.  When a young newlywed is found murdered nearby, Sadie’s fears grow.  As we learn more about the dead woman we also discover that Will had an affair back in Chicago.  Did Will have something to do with the murder?  While not my favorite Kubica book, the audio I listened to on Hoopla was enjoyable.

Author Clive Cussler died February 24th at age 88.  He sold over 100 million copies of his books and was known for both his fiction and non-fiction titles.  He led expeditions to find shipwrecks and was on the New York Times bestseller list “20 times, as he amassed a fortune estimated at $80 million.”   Cusslerwas often compared to Tom Clancy and Ian Fleming with James Bond-like characters. His many explorations uncovered more than 60 shipwrecks including the Carpathia, the ship that first met the Titanic survivors.  His popular Dirk Pitt character appeared in his books for over 30 years.  He published more than 85 books in his lifetime. 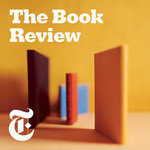 The New York Times Book Review podcast is released every Friday.  Various Times critics, authors and editors guest each week to discuss the latest titles.  Episodes are about 40 minutes to an hour long and focus and 2-5 books per week.  Archived episodes going back several years are available as well as subscriptions to receive the latest weekly episode delivered to your email.

The second Wimpy Kid Awesome Friendly title is scheduled to be released April 7th. Best friends Greg Heffley and Rowley Jefferson team up in this humor fantasy to save Roland’s mother. Kinney has been publishing a new Wimpy Kid every year. This new series offers fans an additional title to read as they wait for the new Diary book to be released in November.

88 year-old Maud is the person you’d least suspect of committing a crime.  However, this elderly lady is up to no good. In this brief 185 page book, she protects her home and belongings fiercely without suspicion.  How the reader smiles as Maud gets away with her devilish crimes. All well-deserved.  Pick up this small treasure and you’re in for a treat. Not to be put down until the last page is turned.   Translated from Swedish, the novel is sure to please: “creepy” and “wickedly fun.”