Emma O’Dowd is a beautiful and popular Irish teenager. She enjoys flirting with guys and has a reputation for doing more than just flirting. She is just eighteen, with her whole life in front of her, until one night at a party when she’s had too much to drink and is offered drugs. Compromising photos are taken and are circulated on social media, for everyone to see. Louise O’Neill has penned a sobering account of what can happen after one night of reckless behavior, and forces the reader to decide where the blame truly lies.

The English summer of 1914 was one of the most beautiful that people could remember.  By the end of that year everything had changed.  The First World War was raging in France,  Belgium had been overrun by German forces, and thousands of British soldiers had died or suffered life-threatening injuries.  Helen Simonson sets her second novel, “The Summer Before the War” in the coastal town of Rye, East Sussex,  during that glorious summer.

Her story revolves around Beatrice Nash a well-educated woman in her early twenties, who has recently been hired to teach Latin in the local school.  Beatrice is on her own.  She had devoted herself to her father, a professor and writer.  He had recently died and Beatrice, although not destitute, must find a way to earn an income.

Beatrice is an oddity in the town, an unmarried woman on her own.  She must be very careful to “obey” all the rules of local society.  Any hint of gossip or associations with undesirables will cause her to lose her job and standing in the community.

As the war approaches, Beatrice forms friendships with two cousins, Hugh Grange and Daniel Bookham and their Aunt Agatha.  The lives of these four people are bound up with the events of that summer as they experience love and great loss.

“The Summer Before the War” is a novel of the manners and morals of England in 1914.  There are strict conventions that must be followed if one is going to be accepted into society.  Simonson has captured the time period and how one young woman strives to keep her reputation and still be true to herself.

Have you been to Scarborough fair? Impossible, the first in the Impossible trilogy by Nancy Werlin, is a folk inspired tale (inspired by the tune Scarborough Fair), about Lucy Scarborough who lives with her foster parents since her insane mother abandoned her with them shortly after her birth. Lucy is seventeen when she discovers that she 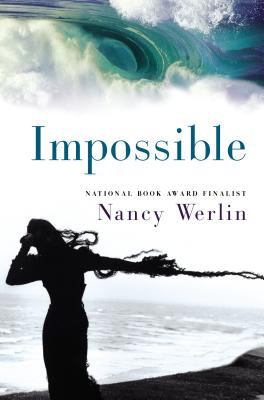 is the latest recipient of a generations-old family curse that requires her to complete three seemingly impossible tasks or risk falling into madness and passing the curse on to the next generation. Unlike her ancestors, though, Lucy has family, friends, and other modern resources to help her out. But will it be enough to conquer this age-old evil?

I have yet to read the next two books in the series, Extraordinary and Unthinkable, but this modern fairytale-esque story is the best mix of fantasy, romance, and intrigue.

“She’s Not There” by Joy Fielding is a novel based loosely on the Madeleine McCann mystery from 2007. The British McCann family was vacationing in Portugal when their four-year old daughter, Madeleine went missing from her hotel room. Fielding has constructed a story  similar to the plot of the McCann family and imagining what may have happened to the child.  Switching back and forth between the present and 15 years ago when “She’s Not There” places the original abduction, the story is told from the mother’s point of view. Now divorced and the mother of one remaining daughter, Caroline still struggles with the unsolved disappearance of her younger daughter. Her husband has remarried and has moved on with a new family. Out of the blue, Caroline is contacted by a young girl claiming to be her lost daughter. Is it just another hoax?

One of the new fall books that has gotten a great deal of publicity is Melissa Sweet’s biography of E.B. White.  To be published in October, 2016, Sweet describes the varied career of White–contributor to “The New Yorker,” children’s book author, and reviser of William Strunk Jr.’s “Elements of Style.” 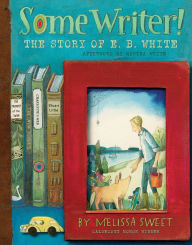 While waiting for “Some Writer: The Story of E.B. White,” there are several other very good children’s books illustrated by Melissa Sweet about writers.  “A River of Words: The Story of Williams Carlos Williams,” and “The Right Word: Roget and His Thesaurus.” Both contain a great deal of information and are beautifully illustrated.