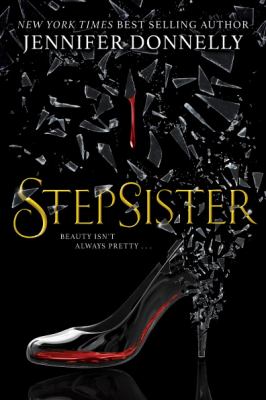 Cinderella fans rejoice! Told from the point of view of one of the ugly stepsisters, Stepsister by Jennifer Donnelly is a solid re imagining.

Isabelle should be blissfully happy – she’s about to win the handsome prince. Except Isabelle isn’t the beautiful girl who lost the glass slipper and captured the prince’s heart. She’s the ugly stepsister who’s cut off her toes to fit into Cinderella’s shoe … which is now filling with blood. When the prince discovers Isabelle’s deception, she is turned away in shame. It’s no more than she deserves: she is a plain girl in a world that values beauty; a feisty girl in a world that wants her to be pliant. Isabelle has tried to fit in. To live up to her mother’s expectations. To be like her stepsister. To be sweet. To be pretty. One by one, she has cut away pieces of herself in order to survive a world that doesn’t appreciate a girl like her. And that has made her mean, jealous, and hollow. Until she gets a chance to alter her destiny and prove what ugly stepsisters have always known: it takes more than heartache to break a girl.

I will admit – the story can tend to drag. There are a lot of ups and downs – one second you think things will happen a certain way – and then they go right back to “bad” again. If you are looking for an easy story read something else. What this story does have are some amazing villains, questions of morality, and charm.